Was Paul a Jihadist? 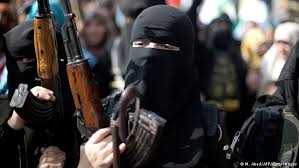 I heard it a second time, “The apostle Paul was a jihadist.”  He wasn’t really though, was he?

Before his conversion, Paul, then called Saul, persecuted Christians.  In his own words, he says that he

persecuted the church of God and tried to destroy it. I was advancing in Judaism beyond many of my own age among my people and was extremely zealous for the traditions of my fathers. Galatians 1:13–14

Does this make him a jihadist?  Does the term mean anyone who persecutes Christians?  Or maybe those who do so for religious reasons?

In Arabic, the term means struggle.  It might mean a struggle for a better Muslim society or a war defending the faith against unbelievers.

If we used the term correctly, I suppose we could say that Paul was as much a jihadist after his conversion, as he struggled to spread the Christian faith, as before it, in the defense of the Jewish one.

One of two conditions must be met in order to apply the term jihadist to anyone.  First, the person must be a jihadist.  Paul, a first century Jew can no more be a jihadist that Nero could be a Nazi.  In researching for this post, I discovered that most Muslims don’t use the term jihadist to describe the radical, violent Islamist.  Instead, they use a term similar to the word “deviant.”  If this is the case, it would be inappropriate for Christians to use the term for a first century Jew who was persecuting the Christian faith.  The second condition, you need to be an Arab speaking to Arabs–this way everyone knows what you mean.

If one of these two conditions are not met, then we end up using the term like Western politicians and media: generally and sensationally, to evoke fear and anger, to create unity through demonization.

I get it, we want to make the point that Paul was a really, really bad dude.  But what’s wrong with simply saying he “persecuted the church of God and tried to destroy it”?

If we are to be a light to the nations, it is really important for Christians to use language responsibly and to communicate with integrity.