My Question about Dunkirk 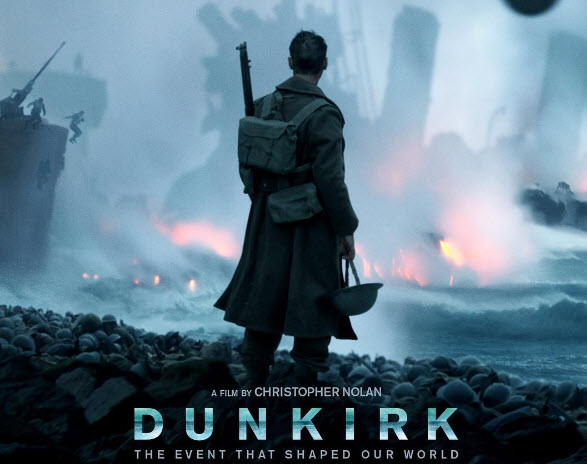 A few quick thoughts on Dunkirk (no spoilers)

In Dunkirk, we see people under stress.

Under this stress, some people respond well, others not so well.

When someone is willing to sacrifice another in order to save themselves, we consider this bad behaviour. Conversely, when someone willingly gives up something for the benefit of someone else, we consider this good. It’s like there is an external standard that we all agree on by which we judge the actions of the characters.

But as a culture, we are very uncomfortable with this notion of an external principle, because it must be grounded in something or someone–we’ve been on a trajectory for about 500 years where we slough off any form of external authority–Pope, King, God. We seem to be well on the way to negating the authority of our biology to set any limits on our freedom. We are on a quest for complete individual autonomy.

Yet here we all sit watching Dunkirk, judging this person to be good and this action to be bad. It wasn’t just the papists, or the royalists, or the theists who were judging–everyone was. By what or who’s authority? If we were truly free to create our own morality, wouldn’t we accept someone saying that they thought character A was bad (you know of who I’m talking about)?

Here’s my question: Let’s say we find this current generation in some sort of Dunkirkean crisis–would we see the same proportion of people stepping up–behaving admirably–as in the events faced by “The Greatest Generation.” Or would our passion for individual autonomy translate into the whole lot of us trying to save our individual skin, dooming us to collective, and probably individual, destruction.

The good news is we still seem to know what a hero looks like, but will we be able to be one when the time comes.

[tweetshare tweet=”The good news is we still seem to know what a hero looks like, but will we be able to be one when the time comes.” username=”Dryb0nz”]I don’t really know.

The Gospel According to Wonder Woman

When Diana leaves the Edenic paradise for Europe she is naïve. She thinks that the problem is an evil Ares–the black sheep of the Greek pantheon.  Ares is wiser than Diana; he understands the problem, and it’s not him, and it’s not war. Human beings are what’s wrong with the world.  They aren’t made to be evil, by some external force, they choose it.  Evil lives within their hearts–all of them are corrupt. Steve Trevor says, “Maybe we are all to blame.” We are: Paul says in Romans that “all have sinned and fall short of the glory of God.” For Ares, doesn’t represent Evil, he represents Justice.  It is just that human beings are destroyed; we deserve destruction.

That we all deserve destruction is a central theme in the film.  It counters both Conservative and Liberal anthropologies.  At one point our group of heroes offers up the familiar Irish drinking toast:

As a human race, we don’t deserve Wonder Woman; we deserve destruction. This idea is everywhere in the film, and it’s central to the Gospel. Diana sets out to be the saviour of humanity, and both her mother, Hippolyta, and Ares tell her that humanity doesn’t deserve her. Her initial motivation to save us is her naïve assumption that we are good and deserved to be saved. Diana experiences a major crisis when der declared purpose to save humanity from evil, comes into conflict with her realization that Ares is right, the human race deserves destruction.

Like Jesus Christ in the real world, Steve Trevor is our advocate in the world of the movie.  He says, “it’s not about what they deserve, it’s what you believe.” I winced at this line, initially considering it hokey, but there’s more to it than I first thought. I missed the pronouns they and you. He says that the motivation of the saviour comes not from the attributes of those who need saving, but from the one who saves. This echoes Paul’s words in Roman’s 5:6-8 where he says,

Steve Trevor exemplifies the quality necessary for heroes to possess.  When he gets into the big bad airplane with all that deadly gas he knows it’s a one-way trip.  He willingly dies in order to save all the residents of the city of London from Doctor Poison’s gas attack.

The lesson is not lost on Dianna. Trevor’s death resolves her crisis, and in that resolution, we get our cinematic saviour. She summarizes her journey from naïve warrior to wise saviour:

I glimpsed the darkness that lives within their light. I learned that inside every one of them, there will always be both. The choice each must make for themselves – something no hero will ever defeat. I’ve touched the darkness that lives in between the light. Seen the worst of this world, and the best. Seen the terrible things men do to each other in the name of hatred, and the lengths they’ll go to for love. Now I know. Only love can save this world.

To an audience that has been exposed to the Hollywood gospel for their entire life, this line comes as no surprise–“true [romantic] love” is always the source of salvation. This is not just the case for romantic comedies, it’s true of almost every film of almost any genre. But this is not what is happening in this story.

She’s not talking about Romantic love, but love of another kind–the love that is manifest in self-sacrifice.

Over and over in the Bible we find that God will save us, because he wants to save us. Not because we deserve it, but because it is his will to do it. Search up “Bible verses, condemnation” and you will find a long list of verses about how we deserve destruction, but the idea of condemnation rarely stands alone. It is almost always accompanied by God’s desire to save us.  Romans 5:8 puts it succinctly:

But God demonstrates his own love for us in this: While we were still sinners, Christ died for us.

This is what Wonder Woman comes to understand as she resolved to continue as a saviour for mankind.

One final element of the Gospel is present in the movie–the role of ordinary people in the story of redemption–just before Steve Trevor gets onto the airplane where he will die, he tells Diana, “I can save today. You can save the world.” We cannot save ourselves, and we can’t save the world, but we can, in small ways, imitate our Saviour as we show self-sacrificial love to others, whether they deserve it or not. It’s not going to save the world, that’s already been taken care of, but it could save today.

Not unrelated is my post on the Warsaw Ghetto.